Promoting the Judicious Use of Antibiotics in Agriculture 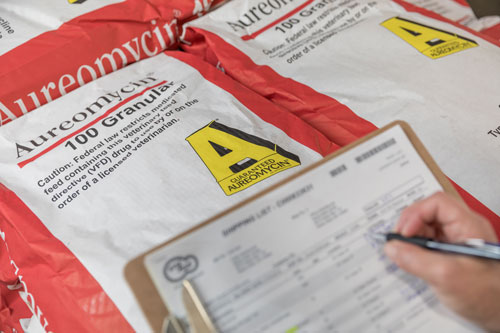 The U.S. Centers for Disease Control and Prevention have called antibiotic resistance “one of the most urgent threats” to public health. The threat of bacteria becoming resistant to the very drugs that are meant to destroy them is of serious concern to those within the medical and agricultural communities. That is why, for years, the agricultural community has been working hand-in-hand with veterinary and other medical experts in making significant changes to their practices and advocating for national and international policies that are rooted in science, so that neither group is barred from using necessary medical tools to treat and prevent disease in their human or animal patients.

One of the most significant changes within the animal food industry in recent years has been the removal of antibiotics used in animal agriculture for non-therapeutic reasons (e.g., growth promotion, feed efficiency and increased milk production) and putting all antibiotics for therapeutic reasons (i.e., the treatment or prevention of disease) under the direct oversight of a licensed veterinarian. By having a licensed veterinarian oversee the selection of the right antibiotic, at the right dose, for the correct amount of time, the agricultural community could reduce its overall antibiotic use.

The Animal Drug Availability Act of 1996 allowed the Food and Drug Administration to require a veterinary feed directive (VFD) – which acts similarly to a prescription a person might receive from their doctor – to use antibiotics in feed. The process involves a veterinarian visiting their facility, examining their animals, deciding an antibiotic is needed and writing a VFD. Then, the rancher or farmer would submit the VFD to their local feed mill to obtain the requested medicated feed. The VFD provided permission to feed the medicated feed.

The American Feed Industry Association can attest that the animal food industry has largely been successful in coming into compliance with these regulations.

Given the recent changes in the regulation of antibiotic use in animal feed and the continued consumer demand to reduce antibiotic use in the production of food altogether, the animal food industry has also been working to advocate for more research into antibiotic alternatives. The AFIA has called for government funding to support valuable research programs that would benefit the agricultural community.

The AFIA maintains that it is vitally important that farmers and ranchers have access to safe, approved antibiotics for the treatment and prevention of disease in the over 9.6 billion food-producing animals they raise in the United States annually. This is why the AFIA has worked with others throughout the agricultural and veterinary communities to urge the World Health Organization, which has called for ending the use of all antimicrobials in food-producing animals, to put science in the heart of its decision making. Withholding medical treatments to prevent animals from getting sick or treating those that are already ill is inhumane and goes against the veterinary medical code of practice.