How Is Feed and Pet Food Regulated in the United States? 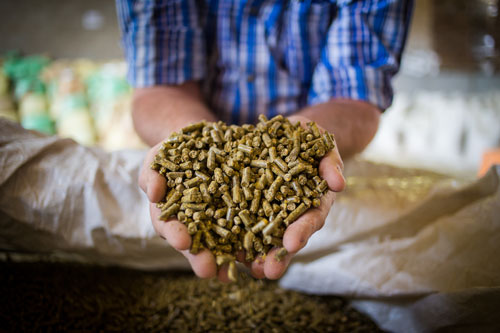 In the late 1800s, entrepreneurs and inventors in the flour milling, brewing and sugar milling industries began wading into animal nutrition, developing food and beverage processing systems and new ways to use byproducts in animal food. As the science of animal nutrition evolved, soon, state regulatory agencies began to take note of this burgeoning industry.

In 1885, Connecticut passed a general food law that included provisions for the regulation of food sales for humans and animals. Massachusetts passed the first feed-specific law in 1896. Other New England and eastern states followed, and by 1920, 38 states had some form of state feed regulation in effect.

These first feed laws were “truth-in-labeling” laws, meant to protect farmers from those who sold poor-quality ground ingredients, byproducts or mixtures, putting the onus on ingredient manufacturers to determine feed values. With the exception of Alaska, which does not have an animal food industry, today, all U.S. states have feed laws in place, and the majority of regulations to which animal food manufacturers are beholden continue to be at the state level.

Given that there were often considerable differences between state feed laws, commerce between states became a very difficult process. In fact, that is part of the reason the American Feed Industry Association exists today – to help members navigate these complicated and onerous laws and regulations.

After the turn of the century in 1906, Congress enacted the landmark Federal Pure Food and Drug Act, which gave federal officials the authority to regulate feeds shipped in interstate commerce. In 1938, Congress passed the Federal Food, Drug and Cosmetic Act, providing the Food and Drug Administration with the authority to begin regulating food as any “food for man or animals,” making the approval process for feed ingredients very similar to those for food products. Today, the FDA is still the primary federal agency tasked with regulating animal feed and pet food. However, the animal food industry also must be in compliance with other workplace, environmental, transportation, trade and agricultural regulations, which fall under the purview of several other federal agencies, including the U.S. Departments of Agriculture, Transportation and Labor and the Environmental Protection Agency.

Since this time, Congress has made a number of significant changes to feed and food laws and regulations over the years, which you can read more about in our timeline. One of the most recent, and yet most sweeping, changes to the animal food industry came with the passage of the Food Safety Modernization Act in 2011, which you can learn more about on AFIA’s FSMA page.

The Role of AAFCO

In addition to state and federal laws and regulations, the Association of American Feed Control Officials (AAFCO) provides another layer of regulatory oversight for the animal food industry. Formed in 1909, AAFCO consists of state and federal feed regulators who work with the FDA to review new ingredients and provide the legal listing, through its annual Official Publication, which states follow to determine ingredients approved for use in animal feed and pet food.

AFIA has a longstanding relationship working with AAFCO, including an unbroken chain of cooperative meetings with the association which have been held biennially since its establishment over a century ago.