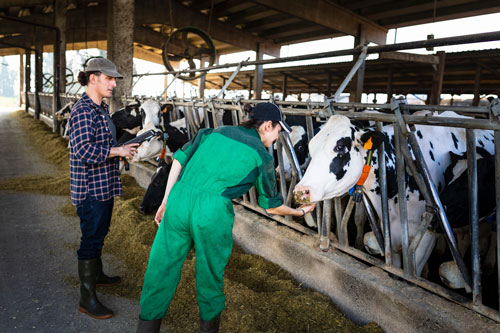 In the United States, all domestic and foreign manufacturing facilities that produce, process, pack or hold food for human or animal consumption must register their facilities biennially with the Food and Drug Administration. This “license to operate” is borne out of the Public Health Security and Bioterrorism Preparedness and Response Act in 2003. It provides the FDA the authority to both inspect and regulate facilities under existing food safety laws, namely, the Food Safety Modernization Act (FSMA),  which was signed into law in 2011.

Among other things, the Bioterrorism Act also required manufacturers to provide the FDA with prior notice before importing, or offering to import, feed ingredients into the United States, which allows the Bureau of Customs and Border Protection to more effectively target its import inspections and protect the nation’s food supply from bad actors or other public health emergencies.

In addition, other requirements are in place for those animal food manufacturing facilities that produce medicated feed to also submit separate registrations for additional licenses with the FDA. The first, a Drug Establishment Registration (DER), is required annually for animal food manufacturing facilities wishing to purchase Category II, Type A medicated articles (i.e., animal drug premixes).

Given the medicated feed mill license provides the FDA with the information it needs to conduct inspections and enforce regulations, the American Feed Industry Association has called for the agency to eliminate the duplicative DER requirement for medicated feed facilities. AFIA has also been actively engaged in urging the FDA to exempt animal food manufacturers from the electronic recordkeeping requirements in 21 CFR Part 11, which are based on an antiquated computer system from the 1990s that has never worked well and resulted in the industry maintaining unnecessary paper copies of all records.