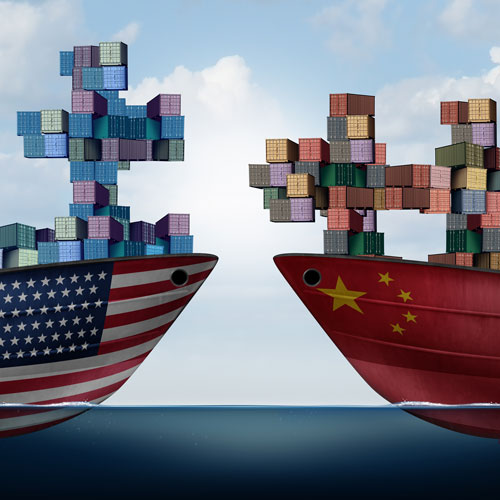 While China is currently both the second largest economy and importer in the world, this has not always been the case. When China joined the World Trade Organization (WTO) in 2001, its gross domestic product (GDP) ranked sixth in the world ($1.34 trillion), representing only 4% of the total global GDP. The most recent International Monetary Fund (IMF) data puts China’s GDP over $13.6 trillion, or roughly 16% of the world’s GDP (see Table 1), an average annual growth rate of roughly 14% per year between 2001 and 2018; lifting more than 500 million people out of poverty. China’s accession to the WTO served as a pivotal turning point in its economy, leading to liberalization, rising living standards, a growing middle-class, and changing consumption patterns. This sustainable growth in the second largest global economy provides unique market opportunities for U.S. animal food exporters. 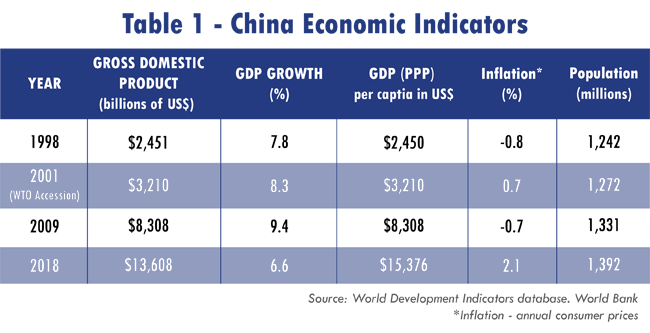 The growth of China’s per capita disposable income has been astounding. China’s per capita GDP on a purchasing power parity basis for 2018 was around $15,400. China is the most populous country in the world, with an estimated 1.4 billion people in 2019 (see Table 1). Food consumption currently accounts for roughly one-third of the average annual urban household expenditures and is expected to surpass investment as the largest contributor to China’s GDP growth in the next five years.

Since China’s accession to the WTO, the country has moved toward importing more land-intensive crops and exporting more labor-intensive products. Dietary preferences have changed to include more meat and dairy. China’s role as an importer of agricultural products has grown, creating tensions between market-driven resource allocations and allowing the Chinese objectives of self-reliance to continue. This led to the adoption of a new food security strategy that allows for imports to supplement China’s domestic food supplies, while also promoting the use of domestic support measures and trade barriers to keep the country self-reliant in food. There are two primary reasons for these changes.

While the continued population growth in China has been a leading contributor, there has also been significant migration of Chinese from the countryside into the cities, which has been driving consumer demand. According to the most recent data in the China Statistic Yearbook, in 2017, China’s urban population exceeded 813 million, more than 58% of the total population. Just 20 years ago, China’s urban population was 437 million, 35% of the total population. This urbanization is significant because it noticeably increases food demand, preferences and patterns, from rural to urban lifestyles (e.g., from self-grown rice, wheat and vegetables, to fish, meat, processed foods, restaurant meals and imported food).