Engaged in Process to Develop International Standards for Feed Machinery 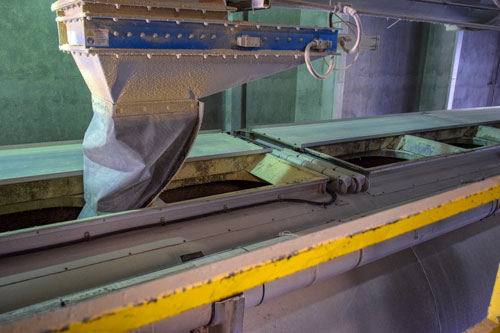 Since 2015, the American Feed Industry Association has been engaged in an ongoing effort with the International Organization for Standardization (ISO) to ensure the U.S. feed equipment industry’s concerns and interests are heard in the development of voluntary international standards in the area of feed machinery.

ISO is a nongovernmental organization, based in Geneva, Switzerland, with a membership of 161 national standards bodies that brings together groups of international experts to develop consensus-based standards that ensure the quality and safety of products, further facilitating trade. Most of the work is performed within ISO’s Technical Committees (TC), which comprise representatives from industry, non-governmental organizations, governments and other stakeholders, who are put forward by ISO’s members. ISO currently has a portfolio of nearly 20,000 documents covering a broad swath of topics and industries.

How Are ISO Standards Developed?

ISO/TC 293 is the technical committee, which AFIA is engaged in, that has been established for developing feed machinery standards. It is focused on developing standards for all of the equipment used to process formulated feed in an industrialized feed processing mill where the feed materials are received, cleaned, and, after a series of processing, become the finished, bulk or packaged product ready for delivery. 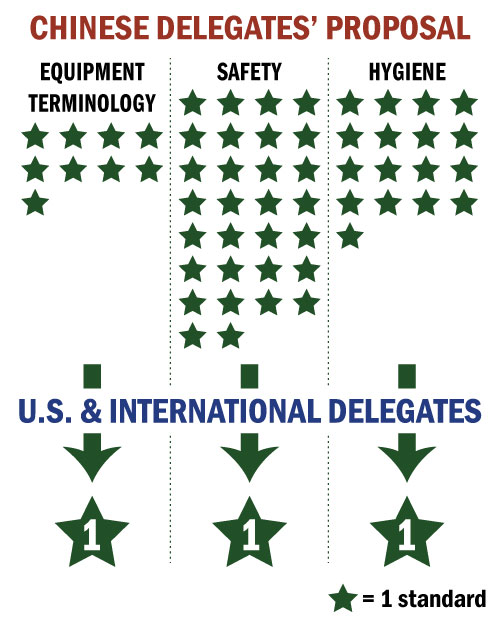 In 2016, the U.S. Department of Commerce awarded the American Society of Agricultural and Biological Engineers (ASABE) and AFIA a Market Development Cooperator Program grant to provide funds to support participation in ISO/TC 293 by U.S. companies. ASABE administers the U.S. technical advisory group (U.S. TAG) to ISO/TC 293, and Gary Huddleston, AFIA’s director of feed manufacturing and regulatory affairs, serves as the U.S. TAG chairman. Many AFIA member companies are also involved in the work.

U.S. TAG members have been actively involved in working groups for developing standards in the areas of feed machinery terminology, safety and hygiene. Although there is more work to be done, the U.S. TAG has made progress protecting the interests of U.S. feed machinery manufacturers. For example, initially, the Chinese delegates proposed nine different standards for equipment terminology; 30 standards for safety; and 17 standards for hygiene. The eight U.S. delegates to the second plenary meeting in January 2019, along with other international delegates, successfully convinced the international committee to adopt a strategy of just creating one standard in each of these three main areas. As a result, users of the standards would only need to monitor three targeted and specific documents, which seemed like a more manageable approach to the U.S. feed equipment manufacturers participating in the meeting, as opposed to 56 standards.

AFIA has had concerns regarding the trajectory of ISO/TC 293, which was initiated and is administered by the China National Technical Committee on Feed Machinery. Global engagement by diverse countries, such as the United States, prevents one country or area of the world from attempting to create a competitive advantage by promoting their regional requirements. Without strong involvement of U.S. companies in the process, an unfair trade advantage could develop.