Preserving the Benefits of NAFTA through the U.S.-Mexico-Canada Agreement 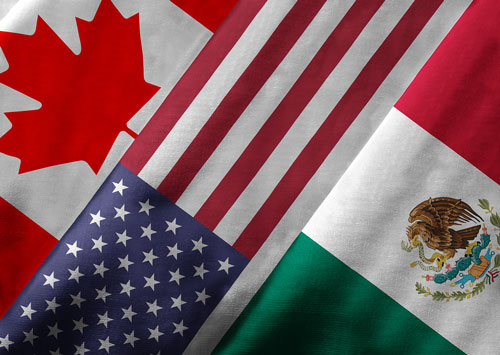 Mexico and Canada represent the largest and second largest export markets, respectively, for animal food, animal food ingredients and pet food. Pet food exports alone to Mexico and Canada represent more than half of the United States’ total pet food exports globally. It is no question that the animal food industry has much at stake in the modernization, or renegotiation, of the North American Free Trade Agreement (NAFTA), now called the U.S.-Mexico-Canada Agreement (USMCA).

Implemented in 1994, NAFTA has eliminated tariff barriers on agricultural and manufacturing products and services, removed investment restrictions and protected intellectual property rights for those doing business in the U.S., Mexico and Canada. This tariff-free access has allowed U.S. animal food exports to the Mexico and Canada more than quadruple, growing from roughly $669 million in 1993 to over $3.2 billion today. It has also contributed to these trading partners becoming America’s largest export markets for certain agricultural products at a value of over $41 billion in 2014, a 350 percent increase from $9 billion in 1993. This means roughly one in every 10 acres of crops planted in the U.S. feeds Mexican or Canadian citizens or their livestock.

Since NAFTA's implementation in 1993, animal food exports to Canada and Mexico more than quadrupled, growing from roughly $669M to over $3.2B today.

NAFTA, which created the world’s largest free trade area, has been updated several times since its implementation, but in May 2017, U.S. Trade Representative Robert Lighthizer notified Congress of President Donald Trump’s intention to fully renegotiate the agreement to support higher-paying U.S. jobs and bolster the American economy. Since then, trade teams from the three countries have met to tackle challenges and opportunities.

AFIA, through coalitions such as Americans for Farmers and Families and the North America Food and Agriculture Trade Group (a subset of the U.S. Food and Agriculture Dialogue for Trade), has had a seat at the table – working to voice the animal food industry’s concerns on the renegotiation process to the administration and Congress. In particular, AFIA advocated for a renegotiated NAFTA that preserves duty-free market access; addresses modern issues, such as sanitary and phytosanitary (SPS) issues; implements science-based regulations and regulatory cooperation and coherence; and addresses the United States’ concerns over Canada’s feed registration requirements, which has unfairly disadvantaged the U.S. animal food industry. Of specific note for U.S. feed manufacturers is that zero tariffs should remain in place and the SPS chapter has been modernized to include stronger obligations than those under the World Trade Organization.

The three countries’ governmental bodies ratified the agreement and it went into effect July 1, 2020.