A Feast Fit for a [Tiger] King 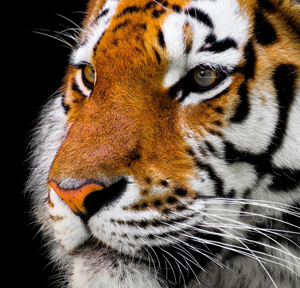 If you haven’t seen the hit Netflix documentary “Tiger King,” chances are you have heard about it or seen the memes that are taking the internet by storm. (If you have time, I’d highly recommend you watch it as there is truly nothing quite like it!) One of the show’s main characters, Joe Exotic, feeds various dead prey (aka “roadkill”) and expired meat from Walmart to the tigers in his roadside zoo, and they are shown to be pretty skinny. While watching this, I couldn’t help but wonder: what would our members who make feed for exotic animals in zoos have to say about how the tigers in the series are fed? Thankfully, I had the opportunity to chat with Troy Tollefson, Ph.D., a nutritionist with Mazuri Exotic Animal Nutrition, who could help answer this question.

First off, what are best practices in feeding tigers, whether at a small or large operation?

Tollefson: Tigers typically are fed a commercial mixed meat diet that is comprised of ground domestic livestock meat, with added vitamin and minerals. Their diets will be supplemented with chunks of whole meat, whole rabbit or poultry carcasses, and large bones to chew on and they often fast once per week. There are dry extruded exotic feline diets on the market that may be used, but to a much lower extent in the zoo world as most people want to feed “fresh meat” to their tigers and lions.

What are the nutritional needs/demands of tigers? How are tiger diets formulated?

Tollefson: Because limited knowledge exists on the actual nutrition requirements of tigers. the National Research Council’s (NRC) guidelines for cats are often used to formulate some of the basic nutrient requirements. To determine protein requirements for any particular species, you would need to place the animals on short-term protein deficient and protein excess diets to determine that animal’s particular protein requirement and while this may be easily completed with domestic animals, for exotics this is not something that can easily be done. We are not able to place a tiger in a short-term protein-deficient state to determine a requirement – let alone being able to use the number of tigers that would be necessary to complete such a study properly.

Tigers have known energy and digestibility requirements and some other basic requirements, but again, most are extrapolated from the NRC’s cat feeding guidelines or we may conduct research with other exotic cats or other strict carnivores and extrapolate information as appropriate to develop the diet.

What does a wild tiger’s diet look like and how does it compare to a tiger in managed care?

Tollefson: A wild tiger’s diet will vary depending on location and the availability of food, but in general, they will focus on larger prey species, such as deer, over such things as rodents or rabbits. For example, one study in India found that 47% of a tiger’s diet was Chital, which is a smaller spotted deer (80 lbs. on average), and 14.5% Sambar, which is a large deer similar to an elk that weighs around 250 lbs. Wild pig consisted of around 11% of their diet and they also ate other animals such as langurs (primate species), but more on an opportunistic basis.

We cannot replicate a wild animal’s diet in managed care situations, but as nutritionists, we try and replicate the nutrition the best we can.

Currently, we are funding a project for a veterinarian with Hogle Zoo in Salt Lake City, Utah, that is looking at Vitamin A levels in snow leopards because of eye problems this species tends to have in managed care; however, information we would gather from this study may help us improve exotic tiger/feline diets in the future.

How does being in managed care affect a tiger’s diet, e.g., lower energy or protein needs?

Tollefson: While zoos have greatly improved their tiger habitats in the past 25-40 years, the amount of daily activity a tiger performs will always be much less than the wild animal. A tiger in managed care doesn’t have to search for food, chase it down or compete with other animals for it, so  will burn less calories per day. However, a tiger’s protein requirement will be similar in managed care compared to the wild.

In Tiger King, we saw Joe Exotic and his crew feed expired meat and various dead prey (aka “roadkill”) to tigers. What are your thoughts on this?

Tollefson: Per the U.S. Department of Agriculture’s Animal Care Policy Manual, under Policy #16, “Proper Diets for Nondomestic Felids,” it states, “The feeding of roadkill should be discouraged.”

However, recognizing that wild cats are carnivores and by nature enjoy fresh meat from dead prey, the agency says roadkill may be used, but with certain stipulations:

“When used, it must be fresh, wholesome and free of certain types of contamination that can be visually observed.”  It also should “be fed promptly” to avoid spoiling. The agency states that sick animals, or animals that have died of illness or unknown causes, or animals that were euthanized with chemical euthanizing agents “must not be used.”

In general, feeding dead prey to carnivores at the zoo is not a bad practice if it’s done properly with a nutritional understanding so as not to create a nutritional deficiency. However, certain types of meat, such as chunks of meat without bones or whole prey items like chickens, may lack certain nutrients that would need to be supplemented if fed in large amounts in the diet.

What about feeding expired meat to tigers?

Tollefson: Expired meat itself is not ideal, but we cannot tell from the TV show what this means exactly. If meat has been frozen and stored properly, it has a long shelf life and may be perfectly fine. If it was past the expiration because it sat in a refrigerated section too long, then this would not be good as it has an increased risk of pathogens.

Again, you must understand the nutritional plane and what you are feeding to make sure it’s done properly. For example, if you fed simply chicken breasts to a tiger, the animal would likely develop calcium, iron, thiamin and other nutrient deficiencies if you were not adding the proper amount of other supplements to the diet.

Are there any other exotic animal’s nutritional needs you want to discuss?

Tollefson: With all exotic species including tigers, we are still learning how to better nutritionally care for them. The first full-time zoo veterinarian in the U.S. wasn’t hired until the 1950s, but even today, most smaller zoos still do not have their own veterinarian and use outsourced or contract vets. In 1975, the first zoo nutritionist was hired at the Toronto Zoo, followed by the National Zoo in Washington D.C. in 1978. Today, there are only around 20 zoos that have full-time nutritionists. This is why some of the work I do to partner with other nutritionists, veterinarians and zookeepers is so important for researching and improving exotic animal diets.

I’m sure when most people think of animal food, tigers and exotic animals aren’t the first thing that come to mind! We could debate all day on whether Joe Exotic, Carole Baskin or Doc Antle treated their tigers better, but at the end of the day, the message is the same – all animals need food that is safe and meets their specific nutritional demands, big or small. 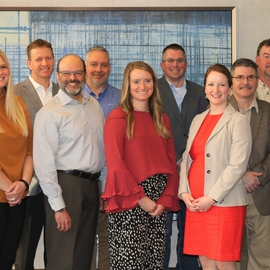 AFIA Committees Are Hard at Work 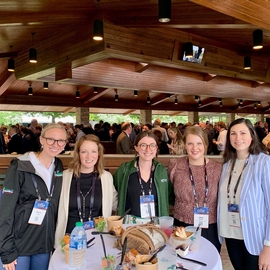 Possibilities in Food & Agriculture Are Limitless 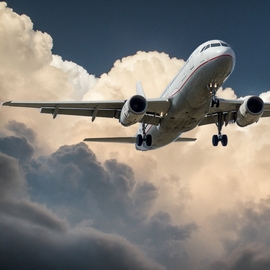 Back on the Road for AFIA – Eight Planes in Eleven Days