If Dr. Cassie Jones’ presentation on African swine fever (ASF) at last week’s Purchasing and Ingredient Suppliers Conference didn’t scare you, then I really don’t know what will! Jones, the undergraduate research coordinator in Kansas State University’s Department of Animal Sciences and Industry, gave a chilling update on the status of the virus that has ravaged parts of the Eastern Hemisphere over the past three years. 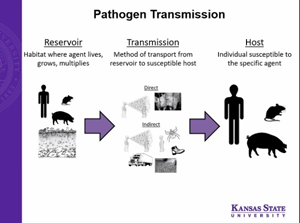 The news of ASF reaching the shores of the Dominican Republic (DR) is a very big deal. This is the first time ASF has been detected in the Western Hemisphere since 1980. The last time it came around, it affected four countries, and to achieve eradication, it required the complete depopulation of pigs in Haiti and the DR.

If you are familiar with geography, you will know that just a short 83 miles to the east of the island lies Puerto Rico. And although pigs can’t swim that far (to our knowledge), there is a lot of travel via boats and small planes between the two land masses. If the worse comes to worst and an infection is reported, an immediate 72-hour stop movement order of live pigs would be implemented. Also, of concern would be our trade agreements, which would have to be renegotiated. China has been reluctant to recognize the regionalization of Germany, which is worrisome for us.

“There is now a very real risk into Puerto Rico and onto the U.S. mainland,” said Jones.

Now hold on – how did ASF come to be in the DR, so far away from any other infected area?

ASF is able to make huge jumps in location thanks to fomite transmissions and human-based traffic. While the best and most efficient way to transmit viruses is face-to-face (or snout-to-snout) contact, containers, vehicles, people, feed and ingredients all move around. And while feed is not the most likely way that ASF will enter the country (it is much more likely to enter the country via smuggled pork), if it enters the animal food supply chain, it can be moved everywhere, quickly, Jones said.

The worry is that the virus could be in our swine herd for a while before it is detected, leaving time for it to be spread unknowingly. “It would be better for disease transmission if they [pigs] died overnight, but they don’t,” said Jones. “It’s prolonged and creates confusion in what it is. Could it be pneumonia, salmonella? This leads to frequent misdiagnosis.”

Lots of things have to go right, or wrong, for transmission through feed to happen, but it's possible. 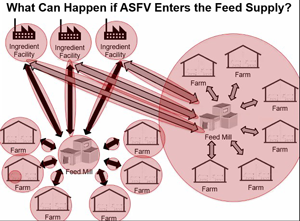 Let’s think about Joe, a fictitious feed truck driver. Joe delivers feed to a site, gets out of his truck to sign some paperwork, grabs a snack from the vending machine and talks to a farm employee. He gets back in his truck to go back to the mill and when he gets back, he chats with some coworkers near the receiving pit. Little did Joe know, he stepped in some fecal matter from an infected pig on the farm and has now brought it back to the mill. The virus has made its way into the feed mill and could potentially be sent to other farms.

“Backwards transmission can happen,” said Jones. “We have really strong farm-to-farm biosecurity, however we don’t do that with feed. We deliver feed to a site, then potentially bring it back to the mill and then it just explodes.”

So, what happens if we manufacture some feed that happens to have some contamination?

Jones’ research found that after one batch of contaminated feed went through the mill using the same equipment, the following 10 batches were also contaminated with residue. The virus is incredibly sticky – it survives in fomites for extensive periods of time, up to six months. 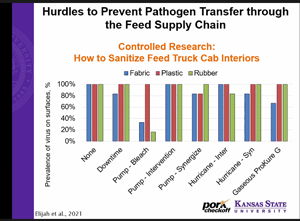 Part of Jones’ research included looking at how outbreaks in Vietnam occurred and spread. She found that feed trucks were a problem and soon realized that it wasn’t the outside of the trucks that was the issue, but rather the drivers leaving and entering the cab. The question then became, how to clean up a truck cab? Unfortunately, not much of what Jones looked at worked, for example, 10% bleach was the only solution to make a dent, but even that didn’t make a difference on plastic.

Now that I’ve thoroughly scared you – the good news is that there is significant action being taken to prevent ASF from entering the United States. Continuing to prohibit live pig and pork imports from the DR, deploying more beagles in Miami to sniff out smuggled pork, creating a “protection zone” around Puerto Rico and the U.S. Virgin Islands, increasing surveillance in pigs throughout other Caribbean islands and speeding up the Puerto Rico feral pig control program timeline will significantly help.

The feed industry can play a big role in keeping ASF out and preventing its spread should the virus make its way to our shores. Jones listed the following ways people in the industry can help: 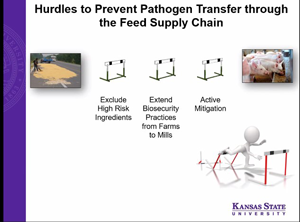 “We need to take steps for the ‘what if,’ because ‘what if’ is getting closer every day,” said Jones.

There are many things mills can do. “Check out the pallet, spray the outside of it with 10% bleach before unwrapping the plastic. Don’t underestimate how much of a problem shoes and floor can be.”

If you are starting a biosecurity plan from scratch, Jones recommends prioritizing the flow of movement.

“People movement is by far the biggest place for transmission to occur. Decide where people are and aren’t allowed to go, incentivize them to go in the direction you want them to and keep drivers in their trucks as much as you can.”

Our staff have been working with U.S. governmental authorities and industry stakeholders for the last several years on efforts to prevent, prepare and respond to an ASF outbreak, should one occur within the United States. AFIA members are encouraged to ask questions so we know what information needs further dissemination or clarification and visit our website for more information on these efforts.

We also encourage you to sign up for the U.S. Department of Agriculture’s Animal and Plant Health Inspection Service’s ASF action week, which will focus attention on the importance of preparedness and ongoing, collaborative efforts to keep ASF out of the United States. Taking place Sept. 13-17, each day, APHIS will host a webinar with a different theme and share written materials and resources. You can see the schedule and register here. The AFIA will also be updating members on the latest news and what it means for feed following the action week. 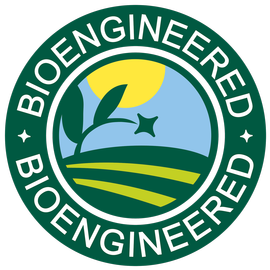 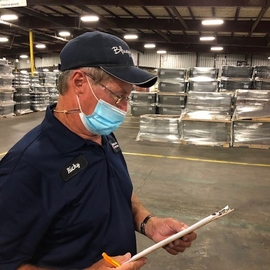 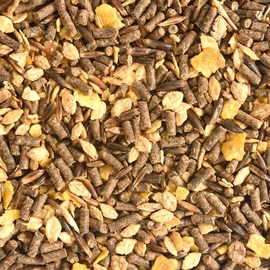 Understanding the Implications of GM-Free Feed