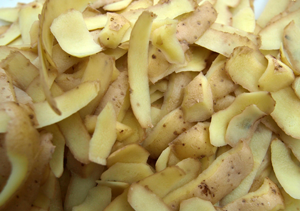 One of the main reasons the American Feed Industry Association formed over a century ago was to harmonize state feed laws. Now, in 2020, our organization still tracks legislative and regulatory issues of importance happening at the state level, and recent actions in California highlighted yet another urgent reason why this is necessary.

The California Senate Environmental Quality Committee may add to its August meeting agenda discussion on Assembly Bill 2959, which would limit farmers’ and ranchers’ access to leftover organic material – used as ingredients in livestock feed – from food retail establishments (e.g., restaurants, grocery stores). It will do this by allowing local governments to take possession of the material, contracting with large waste removal companies (think garbage trucks) to landfill or compost it instead. Food retailers looking to provide the byproducts to farmers would be subject to steep costs to do so and inexperienced “haulers” could create unintended food safety concerns, such as the commingling of products with compost, if not transporting the ingredients properly in accordance with federal food safety regulations.

Why is this important? Leah Wilkinson, AFIA’s vice president of public policy and education, who covers the Western half of the United States in the association’s state affairs portfolio, says it sets a bad precedent:

“What happens in California tends to pick up steam elsewhere across the country, so this is something we have to monitor closely. It is essential that we work to defeat bills of this nature, which stand to only slap farmers and ranchers in the face by taking away approved feed ingredients and tools for meeting their state’s ambitious sustainability goals, while doing nothing to improve food security or reduce food waste.”

Put simply, instead of “closing” the food cycle by “upcycling” 2.46 million tons of organic waste (i.e., providing leftover food waste that humans don’t eat to livestock that produce high-quality protein that humans DO eat) that have nutritious benefits for livestock, this waste would instead add to mounting landfills and greenhouse gas emissions.

Nathan Sippel, owner of a deli and bakery in California’s Coachella Valley, explained it eloquently on CalMatters.org:

For years, we have been able to recycle these organic materials in a way that is inexpensive for us, good for the environment and beneficial for farmers. We have an agreement with a small hauler to take it all away and give it to local farmers to be converted into animal feed.

It’s a detail that keeps our costs down and benefits the environment by diverting organic materials from the landfill, where they would decompose and generate methane, a potent global-warming gas.”

(tweet) Farmers and producers use byproducts inedible by humans to feed livestock. In fact, 86% of global livestock feed is not human edible. This material can come from many different sources including restaurants, grocery stores and retail businesses.

Sippel goes on to say:

“You may be surprised to learn that recycling organic material into animal feed is something that is practiced widely around the world, and that for many California dairies and livestock ranchers this food byproduct makes up half or more of the food available for their cattle.

The availability of this resource has an additional environmental benefit because it reduces the need for farmers to import grains from out of state.”

The California Grain and Feed Association (CGFA), which is working to defeat the bill, said it could also increase costs to ratepayers by at least $2.64 billion and stress already overburdened organic infrastructure.

It is clear to see that once again, California’s politics are being driven more and more by city-folks, far removed from the farm. With a 14.9% unemployment rate (as of June) and 9.3 million unemployment claims filed by Californians since the beginning of the pandemic, is now really the time to make food even more unaffordable for those who are struggling to make ends meet?

For those looking to get involved, contact AFIA’s Leah Wilkinson.