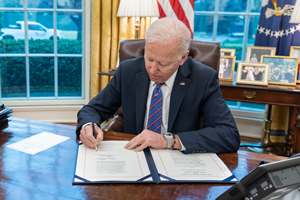 Goals. They are an important part of being successful in any job or project. I set goals in my job, personal life and for my physical fitness. My kids set them for the sports they play. Not only is it important to set goals, but also to share those goals with someone who can hold you accountable. Now, imagine you are the president of the United States. You set those goals, both long- and short-term goals, and you share them with the public – and the forces then start going to work – who are either with you or against you.

As President Biden closes in on his first 100 days in office, many are judging his performance and comparing him to his predecessors. How many of his cabinet nominees have been confirmed (21 of the 23 as of late March)? How many political appointments are left to be filled in general (this Washington Post tracker is fascinating if you are a political wonk like me!)? Has he followed through on his campaign promises?

So, how have the first 100 days of the Biden administration impacted the animal food industry?

The administration has been true to its promise of focusing on issues on the domestic front first, including getting its arms around the coronavirus response. The Occupational Safety and Health Administration issued workplace guidance for preventing the spread of COVID-19 and has been directed to publish an Emergency Temporary Standard if deemed necessary, which could come any day now. The goal of having 100 million adults vaccinated in the first 100 days was changed to 200 million adults in the same period and comes after significant efforts to quickly distribute and make the vaccines available to any adult who wants it in every state. We are seeing more of our member companies educate their employees on the benefits of being vaccinated and hope that this will bring us one step closer to normalcy in our sector.

In March, the president released his proposal to address the infrastructure needs of the country, ranging from roads to waterways to broadband access, which will all impact our industry. Attention to workplace safety is highlighted with early activities by OSHA to publicize violations with a harsher tone, a practice which had fallen by the wayside in the previous administration.

Trade is not the forefront issue that we’ve come to expect from past administrations. The talk has increased with the confirmation of U.S. Trade Representative Katherine Tai, however, her efforts are soon to be limited with the expiration of the president’s Trade Promotion Authority on July 1. Only Agriculture Secretary Tom Vilsack has spoken out in favor of renewing TPA. The American Feed Industry Association is supportive of TPA renewal so we can continue the progress of growing export markets for U.S. feed, feed ingredients and pet food that we’ve seen in recent years.

Just as important as it is to set goals, it’s also important to do periodic check-ins of your progress. It’s become a tradition to evaluate the president after their first 100 days in office. Sure, Biden is the leader of the most powerful nation in the world, so many people will have opinions on how he is doing or how he can be more successful. The ultimate opinion of how the president is doing on achieving his goals will likely reside with the results of the 2022 mid-term elections. I’m fortunate to not have as many people judging the progress on my goals – but I am very open to your opinions on how to get my teenager to take the trash out the first time I ask him instead of the 10th time! 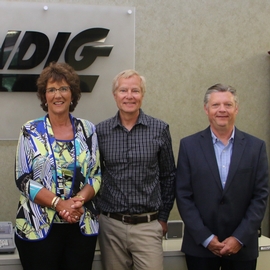 Building Relationships With Local Legislators Benefits Your Company and the Industry 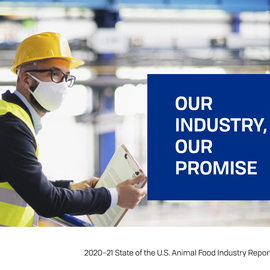 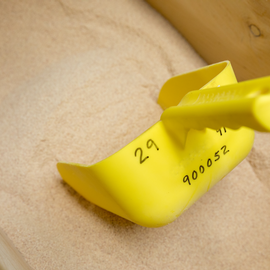