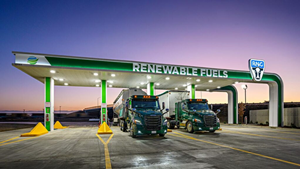 Fuel prices. That’s all I have to say to put somebody in a bad mood nowadays. With gasoline prices well over $4 a gallon and diesel prices over $5 a gallon in many areas of the country, there is no question as to why people get upset—especially if they are involved in agriculture. Since many farmers and ranchers rely on diesel fuel to run their operations, the agriculture industry has been taking an extremely hard hit during this period of price inflation.

This is where American Feed Industry Association member Western Milling comes in. Western Milling is a feed manufacturer based in Goshen, Calif. While the company has been committed to quality since 1935, it recently increased its commitment to sustainability through a transition to compressed natural gas (CNG) across its truck fleet.

Kruse Western Renewable Fuels, a subsidiary of Western Milling, sources renewable natural gas (RNG) from California’s San Joaquin Valley dairies, which capture methane, a greenhouse gas (GHG), and direct it away from the environment. Basically, since the dairies are grouped together, manure is piped into the conversion plant where it undergoes natural gas processing via an anaerobic digester, resulting in carbon negative fuel used as transportation fuel in the form of CNG.

According to Rene Urquia, Western Milling’s environmental health and safety director and Kruse Western Renewable Fuels’ operational and regulatory manager, clusters of dairies are needed to supply each digester. This allows multiple dairies the opportunity to decrease their GHG emissions to become more sustainable, which is extremely beneficial due to the state’s current legislation that challenges them to reduce their methane emissions by 40% by 2030.

“When we think about the future of dairies, what’s exciting beyond lowering carbon footprint and improving air quality is the increased marketability of biofuels,” said Dan Rice, the company’s quality assurance director.

The California Air Resources Board estimated a decrease of  2.2 million metric ton per year in GHG emissions from manure management due to the use of anaerobic digesters, according to the Clarity and Leadership for Environmental Awareness and Research (CLEAR) Center at the University of California, Davis.

Western Milling is also part of the Institute for Feed Education and Research Sustainability Advisory Council and is actively supporting the development of the sustainability road map project.

“The timing has been incredibly fortuitous as while we’ve had some initiatives going,” says Rice. “We’re excited to align with other AFIA members and share a common framework as we all develop our sustainability programs.”

Overall, the company has replaced 1.1 million diesel gallons and avoided 12 metric tons of GHG since 2020 by using CNG.

What Are the Comparisons?

Not only is CNG a more affordable fuel option, over $4 per gallon cheaper than diesel, but there are many other benefits that come with the use of CNG trucks, the company representatives said. They have lighter tanks and extra hauling capacities, compared to traditional diesel trucks. Additionally, they are ultra-low emission trucks, which is significant since diesel trucks are the single largest source of air pollution in the San Joaquin Valley. When compared to electric trucks, CNG trucks reduce more GHG emissions in total, are less expensive, offer greater payload capacities and mirror diesel truck fueling times. For drivers, it is critical to refuel within minutes and be able to get back on the road as quickly as possible.

While maintaining its fleet, the company is also making efforts to support other local fleets in the switch to CNG: 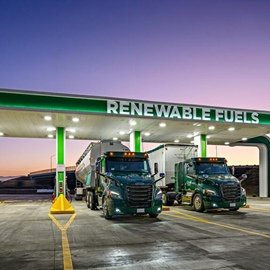 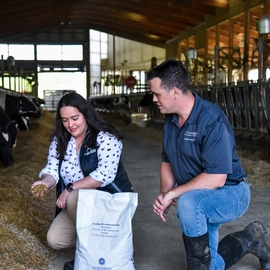 Revisiting the 7 R's of Feed Additives for Sustainable Methane Mitigation 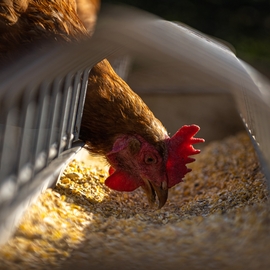 Good Animal Nutrition = Good for Animals, Good for the Planet