Spring Calving Season: A Demanding Time for Man and Beast

For the U.S. beef industry, Valentine’s Day marks heavy activity with regard to spring calving season.  Somewhat following nature’s season for birth of prey animals (think deer, elk and wild sheep), cattle producers often manage their cow herds so that calves are born about 70 days prior to some of the best grazing conditions of the year. A cow’s milk production usually peaks about that same time. During peak milk production, her nutritional demands are also greatest. Thus, spring calving season often affords the most abundant nutritional resources at a time when the cow’s nutritional needs are highest for many parts of our great nation.

Speaking of nutritional demands, over my near 25 years as a farmer and in the feed industry, I have seen the tendency to overfeed pregnant animals and underfeed lactating ones.  Perhaps this bias exists in society as a whole. This is apparent as pregnancy holds lots of excitement, promise and attention to prenatal care and nutrition. However, after birth, and as the new mother goes “back to work” (whatever that may entail) while caring for a newborn, things don’t seem quite as glamourous and exciting. The truth is, from early pregnancy to peak milk production, nutritional demands increase markedly, nearly double the calories (energy).

Given the physical and nutritional demands of pregnancy, parturition and lactation, calving season marks a good opportunity to review and revise feeding programs for lactating cows. As producers, one rule-of-thumb target is for every cow exposed to wean a calf every 365 days or less. That production goal is the highest priority for producers, yet not at the top of the list for the cows themselves. You see in times of limited resources, nutrient (energy) partitioning occurs, which is a fancy way of saying that the nutrients are used for the most critical functions first. 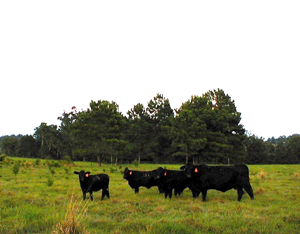 Generally speaking, nutrients will be used for basal metabolism (heartbeat, respiration), activity (moving around to find more food!), growth (if the animal isn’t mature), storing some fat as energy reserve, sustaining an existing pregnancy, lactation (if nursing young are present), additional fat storage and then cycling and initiation of a new pregnancy, in that order. This biological feedback is nature’s way of telling the cow that in a time of limited resources (inadequate nutrition), the last thing you need is another mouth to feed!

So, if having a calf born to every cow, every year, is the cattleman’s number one goal, yet it only ranks about eighth on the cow’s biological priority list, what can we do? Fortunately, we have the nutritional knowledge, products, management practices and good ol’ stockmanship to help cows reproduce at a high level and maintain body condition. In practice, cattle producers often group cows together by age and/or stage of production so that they can “manage like kinds, together.” Then supplemental nutrients, most often protein and energy, are provided in a variety of ways such as feed, cubes, blocks, tubs and lick tanks. This helps assure that the cow’s nutritional needs are met and that she has her bases covered and will cycle and reproduce.

Calving season can be a stressful time, especially during the unpredictable weather of spring. It is demanding physically, emotionally and nutritionally. So, cattle producers, as you relax after a long day with a hot (or cold) beverage, raise a glass to the researchers, nutritionists, ingredient providers, manufacturers and drivers that provide the nutrition to help reach our beef production goals! 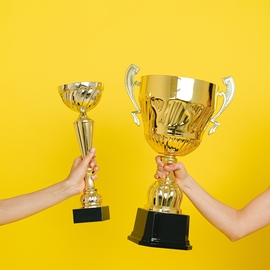 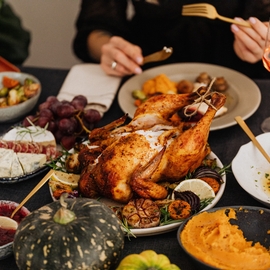 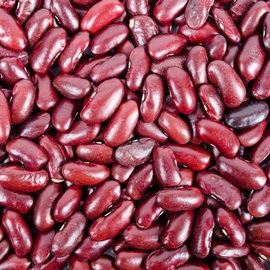