USMCA: A New Era for Trade in North America 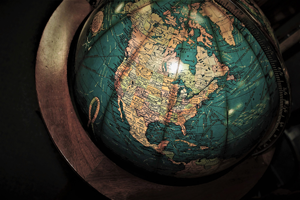 During a time full of uncertainty about the future – uncertainty about our health, safety, jobs, economy, the education of our children – thankfully there is one thing that is certain for our industry. The trading relationship between the U.S., Canada and Mexico can resume and will be stronger and better than ever.

Today marks the implementation date of the new U.S.-Mexico-Canada Agreement (USMCA). I can honestly say that in 2016 when I first heard then-presidential candidate Donald Trump tout what a disaster the North American Free Trade Agreement (NAFTA) had been for the American people and jobs, I thought we were just talking about an election platform issue – just something to get the public’s attention during the campaign.

Then President Trump came into office and we started hearing rumblings again about this “disastrous deal,” NAFTA, and how the U.S. was either going to renegotiate it or terminate it altogether. “Well, what does THAT mean?” I thought. “We can’t terminate the agreement! And renegotiate it!? How? How do we do that without losing what we already have?”

NAFTA has been great for the U.S. animal food industry. Mexico and Canada represent the country's largest and second largest export markets for feed, feed ingredients and pet food, respectively, totaling $3.3 billion today. Since its implementation, animal food exports to Canada and Mexico have nearly quadrupled, growing from $669 million in 1993 to $3.3 billion in 2019.

After two years of long, intense negotiations with threats of termination and retaliation, the three countries were able to come together to negotiate a modernized agreement that continues the animal food industry’s free trade market access, but also provides needed clarity.

The NAFTA agreement went into force in 1994. What many do not realize is that this was at a time before the World Trade Organization (WTO) even existed, and thus, before the WTO’s sanitary and phytosanitary (SPS) agreement existed. SPS measures are those applied to protect human, animal, or plant life or health. While many believe NAFTA’s language on SPS measures set the foundation for the WTO’s SPS agreement, it is safe to say that after 20+ years, the language within the NAFTA agreement needed updating.

Technology has advanced and innovation continues. The USMCA includes rules to address all agricultural biotechnology, in support of 21st century innovations in agriculture, and includes new enforceable rules to ensure that SPS measures are transparent and based on science.

The U.S. animal food industry has a lot to be thankful for in this new agreement. It maintains its access to these two important markets to the north and south as well as  provides foundational guidelines for supporting and enforcing science-based regulations – the absence of which has been used by many other countries to block competition from their markets.

But, more importantly, I am excited about what this agreement means for future negotiations and agreements with other trading partners. How the USMCA was negotiated and its outcome shows the world that the U.S. means business. The U.S. has standards for trade agreements; standards for creating better economic opportunities for U.S. businesses; standards that support science and transparency.

We are excited to see this agreement go into force today and thank all those who worked on it – animal food industry leaders, agricultural industry experts and negotiators – who helped make it a success.