AFIA Announces Organization Change for Legislative and Regulatory Department in 2019 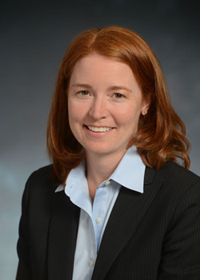 The American Feed Industry Association’s (AFIA) President and CEO Joel G. Newman announced late yesterday to AFIA staff and the association’s Board of Directors that Leah Wilkinson, AFIA’s current vice president of legislative, regulatory and state affairs, will lead AFIA’s Legislative and Regulatory department starting in 2019. Wilkinson will assume the role currently held by Richard Sellers, AFIA’s senior vice president of public policy and education, following his retirement from the association at the end of 2018. Effective immediately her title is vice president of public policy and education.

On announcing the change to the AFIA Board, Newman said that Sellers’ advanced noticed of his retirement from AFIA a few years ago has given the association time to realign the legislative and regulatory department and prepare the department for a smooth transition. This has included monthly lunch-and-learn sessions with staff on topics such as: how AFIA sets policies, feed contaminants, working with state feed associations and legislatures, working with coalitions, the reportable food registry, handling recalls, medicated feed and many other topics.

“Richard Sellers has spent considerable time assembling a stellar team, transferring knowledge and creating an organization that will carry on AFIA’s long-term legislative and regulatory agenda into the future,” Newman said. “As a next step in this transition, I announced to the staff that Leah Wilkinson would become the new team leader as vice president of public policy and education and assume Richard’s role of leading and coordinating our legislative and regulatory representation for the industry, upon Richard’s retirement. Leah’s experience, knowledge and integrity make her the ideal candidate, and I can think of no one more qualified to carry on Richard’s tradition of representing AFIA before governments and the public. I hope our members will join me in congratulating Leah on her expanded leadership and responsibility as we work with Richard to complete this next phase of our succession plan.”

Wilkinson joined AFIA in 2010 and has been responsible for interacting with state legislatures, feed regulatory agencies in the western United States, the Association of American Feed Control Officials and the Food and Drug Administration. She has also managed the AFIA Feed Regulatory, Ingredient Approval and Definitions and Pet Food committees.

Growing up on a Minnesota swine farm and as a graduate in swine production from the University of Minnesota, she is well familiar with animal agriculture. Before joining AFIA, Wilkinson served as the director of policy and industry relations for ViaGen, Inc. and she has also worked for the National Pork Producers Council and the National Cattlemen’s Beef Association.