“Each of these individuals has conducted exceptional research to provide better nutrition for food animals,” said Preston Buff, Ph.D., AFIA director of regulatory affairs. “They are all experts in their field, and the awards are well-earned.” 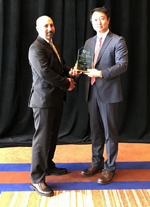 Kim is a professor of nutrition at North Carolina State University. He has built a world-class pig nutrition research program, which has resulted in a significant advancement in knowledge about utilization of protein, amino acids and other nutrients in growing-finishing, gestating and lactating swine.

Kim received his doctorate from the University of Illinois. This award was presented by Justin Bundy of Bill Barr & Co., Inc., on behalf of AFIA. 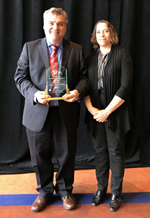 Tedeschi teaches ruminant nutrition, precision diet formulation, comparative ruminant production and modeling courses at Texas A&M University. His research focuses on the integration of mathematical nutrition modeling and scientific data from research trials conducted both in his laboratory and at other universities and research institutions around the world.

Tedeschi has published multiple peer-reviewed journals and book chapters and has presented at conferences and workshops worldwide.

Tedeschi received his bachelor’s and master’s degrees from the University of Sao Paulo and his doctorate from Cornell University. This award was presented by Janet Remus of Dupont on behalf of AFIA. 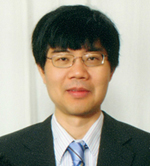 Lei is a professor of molecular nutrition at Cornell University. He has developed a new generation of bacterial phytases and determined their nutritional and environmental value. He is converting poultry feathers and defatted microalgae into feed proteins. Additionally, he pioneered nutritional genomics of selenium in pigs and chicks and discovered dual roles of selenium in oxidative stress and diabetes.

Lei has authored more than 400 publications, advised more than 140 graduate students and served on multiple panels and editorial boards.

Lei received his bachelor’s and master’s degrees in China and his doctorate from Michigan State University. He has additional postdoc training from the University of Missouri. This award was presented by Janet Remus of Dupont on behalf of AFIA.

The three awards are sponsored by AFIA as part of its continuing awards program that dates back to 1948. The ruminant and non-ruminant awards were added to the overall awards program in 1998, and the new frontiers award was added in 2003.